The days are warmer now and walking with someone is a much better option than meeting to do face-to-face conversation. Reasons being: if you are with a good listener then its like thinking out loud and keeping the body active can surely only activate the mind!

Plus an evening walk always throws up items worthy of blog material. The orderly chaos of the day ceases, and the crazy lax rules of night-time begin.

Tonights walk around Liang Ma He river, a personal fave, was memorable not just for the conversation but for the actions of the owners of two vehicles who brought the walk to 15-minute and the on coming traffic to a halt.

As we approached Liang Ma He river bridge in the middle of a busy 6-lane road , the scene we witnessed was of a white new looking car stopped with two men out the front full-on brawling.

The car was in the middle of the three lanes and vehicles, bendy buses, electric bikes were all making their way around this fracas. 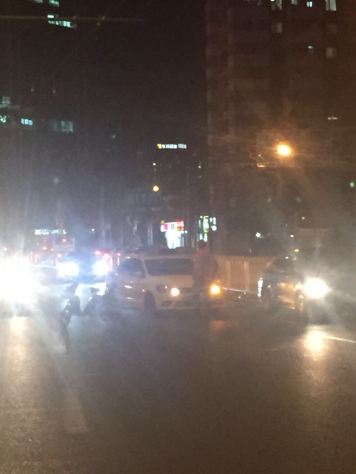 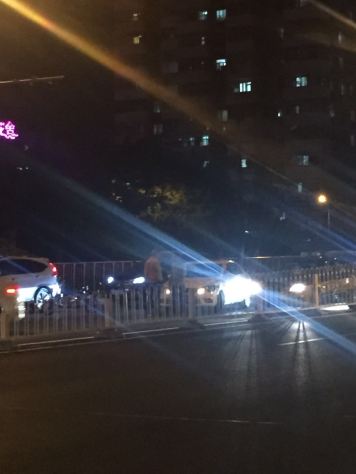 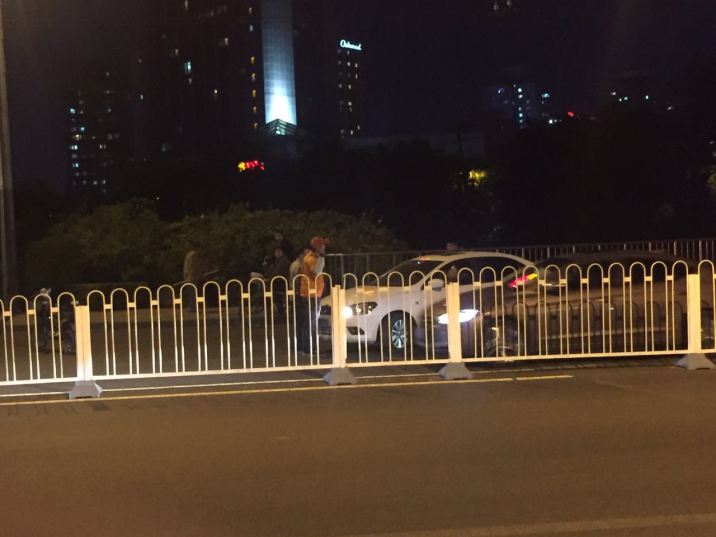 There is only so long you can stare at this situation and it was unbelievable that it did not change in like 15 minutes of observation. Two guys were quite literally on a busy road pushing each other around. The only change that really happened was that a few peacekeepers advised for them to at least move off the middle lane to the outside one. After quarter of an hour, we really chose to move on eventually because it got a bit boring after a while!

The idea of not backing down is so prevalent in the idea of ‘Face’ in China. Chinese are very stubborn when it comes to these situations.

I think in this situation there were certainly instances of orange overalls feeling he would not get defended anywhere else so it had to be dealt with right there or then or short man for whatever he did would get away with it. The idea of Law is historically and probably still very much now done and dealt with mano el mano

To be fair it does make for a better spectacle than someone shouting ‘I’ll sue you’ at eachother!

This is a text widget, which allows you to add text or HTML to your sidebar. You can use them to display text, links, images, HTML, or a combination of these. Edit them in the Widget section of the Customizer.